5-minute walk to the amazing beach of Agios Prokopios, ranked among the top ten in Europe 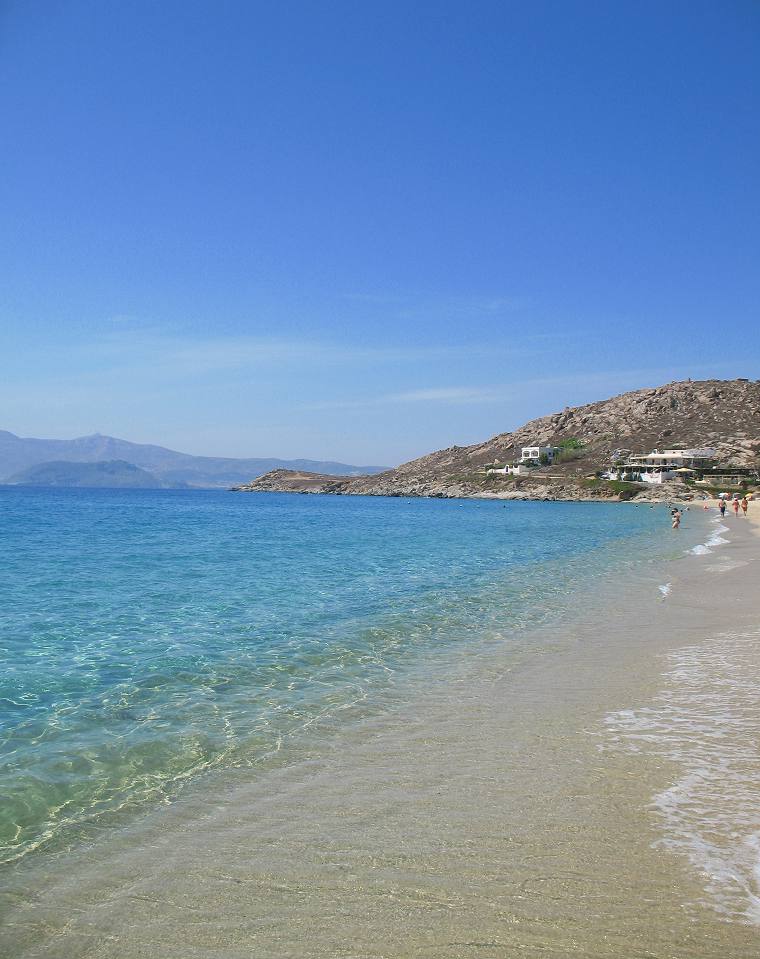 Agios Prokopios beach is one of the most beautiful resorts on Naxos Island and it is well known for its crystal-clear waters. Long, golden sandy beach, azzure waters, blue flag awarded. The resort offers all amenities for a comfortable stay in the area.

Agios Prokopios at a glance

The must destination on Naxos Island 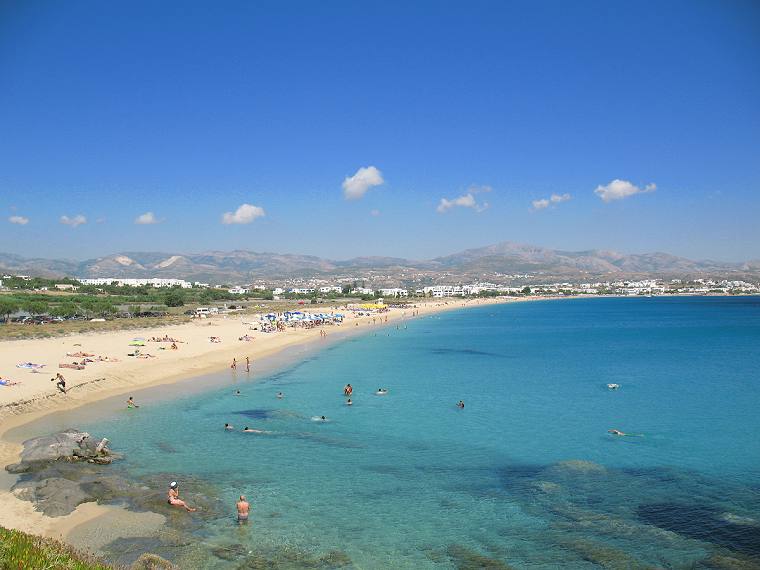 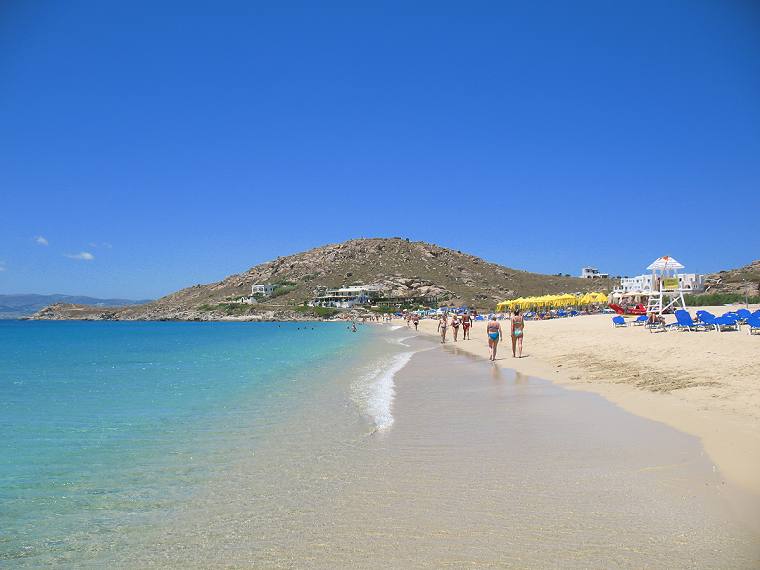 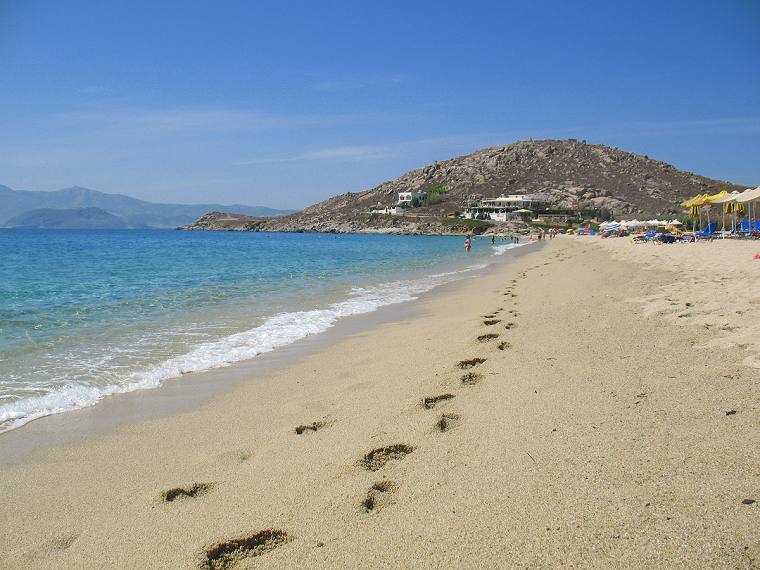 The superb fine sand beaches, the fertile valleys, the mountainous beauty, the picturesque villages,
the long history and the sightseeing make Naxos one of the top destinations in Greece. 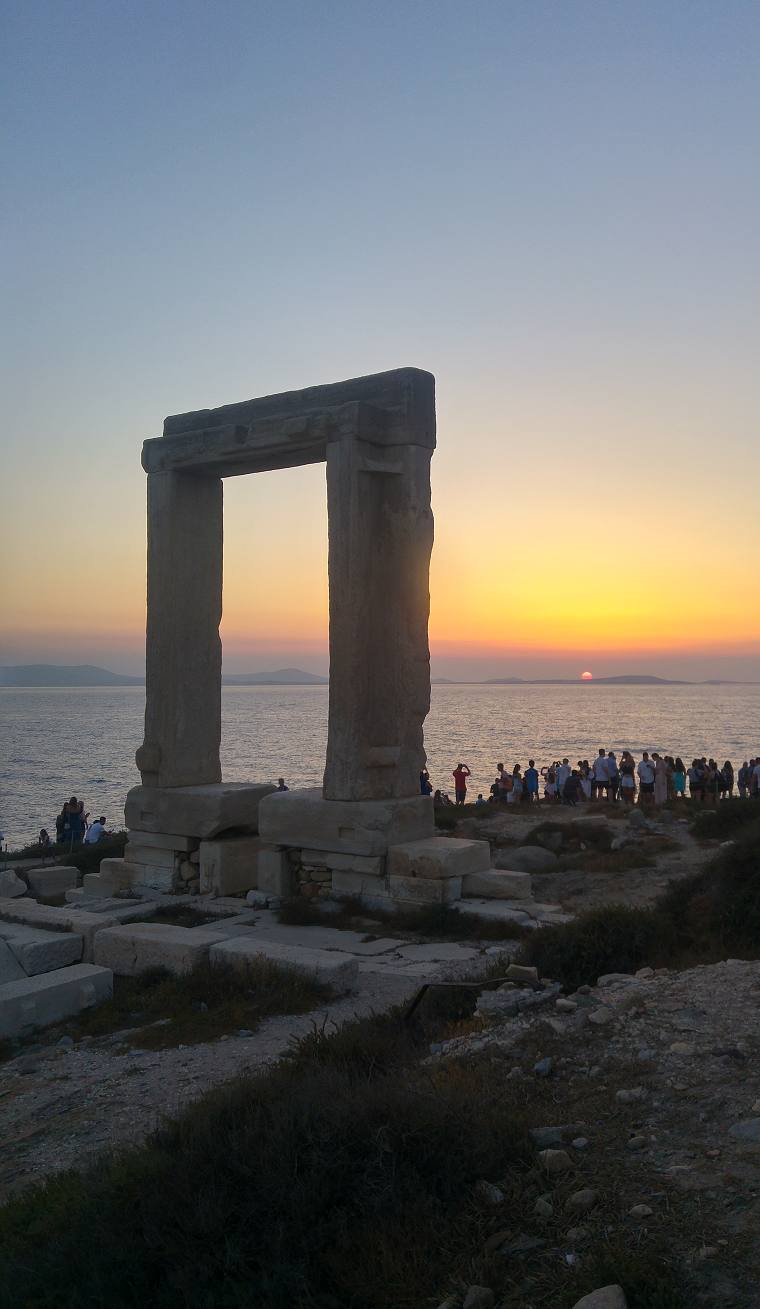 It was on Naxos that an ungrateful Theseus is said to have abandoned Ariadne after she helped him escape the Cretan labyrinth. In keeping with even mythic soap opera, she didn’t pine long, and was soon entwined with Dionysos, the god of wine and ecstasy and the island’s favorite deity. Naxian wine has long been considered a fine antidote for a broken heart. The island was a cultural centre of classical Greece and of Byzantium. Venetian and Frankish influences have left their mark.

The land is impressive, the mountains, the plains, the rock formations, the green valleys, the arid areas and the dreamlike beaches contribute to its uniqueness. Naxos has the highest mountain in the Cyclades, Zas (Zeus), rising to 1004m.

In the mountainous interior you find enchanting villages such as Halki, Koronos, Filoti and Apiranthos. There are numerous fine beaches and the island is a wonderful place to explore on foot, as many old paths between villages, churches and other sights still survive.

If you need assistance with the schedules we can help you plan your journey in the most efficient way.

What our clients say

This is a great hotel and very good value. We had a lovely room with a sea view and big balcony. The staff are great and really helpful. The pool area is fab, with great views, and the pool itself is a good size for swimming. Good to have a pool bar and we liked the happy hour cocktails.
TTK
Brighton, United Kingdom

This is my seventh year returning to the exquisite Lianos Village Hotel (and 11th year going to Naxos, the previous 4 years I stayed at other locations which did not compare). Even in very challenging times and conditions, the entire staff (including housekeeping, grounds keeper literally everyone) once again exceeded my expectations . The newly renovated rooms are spacious, very quiet, impeccably clean, and comfortable.
kellymL8759PD
Vancouver, Canada

We stayed 14 days this summer and the hotel was perfect for us. Clean rooms and lovely family. The service was exelent, they do everything we asked for. A lovely stay and we will of course use Lianos Village Hotel again
askrova
Floro, Norway

We stayed at Lianos Village for 11 nights and weren’t disappointed at all. This gorgeous family run hotel is a hidden gem and the new superior rooms are wonderful and would highly recommended them. All of the staff are so welcoming, professional, kind and help with any requests you may have down to good restaurants to eat at, day trip ideas and vehicle rental. The pool, reception and gardens are stunning all with beautiful sea views.
claire t
Colchester, UK